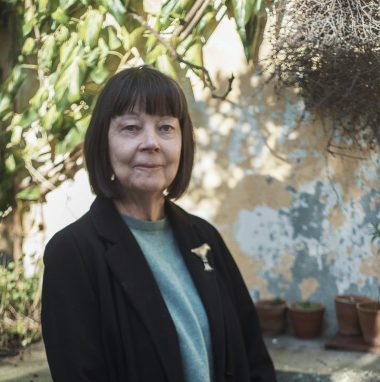 We are delighted to announce the next Tramp Press title is the fantastic, dark, funny The Iron Age by Arja Kajermo, with illustrations by Susanna Kajermo Törner. The novel, based on Arja’s Davy-Byrne’s-shortlisted short story, will be launched by Rick O’Shea on April 27th at 6.30pm in the Workman’s Club, Dublin. (Click here for preorders).

Arja Kajermo (pronounced Arya Ka-yermo) has contributed cartoons to the feminist publisher Attic Press and occasionally to the Sunday Press, The Irish Times, Image magazine, Magill and others.

Her strip ‘Dublin Four’ ran in the Sunday Tribune. She now draws the strip ‘Tuula’ in the Sunday edition of a Swedish daily newspaper. In 2014 she was shortlisted for the prestigious Davy Byrnes Award for her short story ‘The Iron Age’, upon which this novel is based.

It was Finland, it was the 1950s but on our farm it could have been the Iron Age.

The Iron Age is part-coming-of-age novel, and part-fairy-tale told from the perspective of a young girl growing up in the poverty of post-war Finland.

On her family’s austere farm, the Girl learns stories and fables of the world around her – of Miina, their sleeping neighbour; how people get depressed if pine trees grow too close to the house; that you should never turn away a witch at the door; and why her father was unlucky not to die in the war.

The family crosses from Finland to Sweden, from a familiar language to a strange one, from one unfriendly home to another. The Girl, mute but watchful, weaves a picture of her violent father, resilient mother and strangely resourceful brothers.

In this darkly funny debut, with illustrations throughout, folktales and traditional custom clash with economic reality, from rural Finland to urban Stockholm.

Praise for The Iron Age:

‘Full of hardships and puzzlement and dark humours. A memorable chronicle of a family’s struggle during a less well-known period in history.’ – Judges of the 2014 Davy Byrnes Award

‘This quiet, assiduously written short novel about a girl living in Finland among the looming shadows of war achieves the alchemy every writer would love to conjure up: it’s somehow about every childhood, every twilit life. A radiantly beautiful book.’ – Joseph O’Connor

‘From the very first sentence of this deftly crafted little book – I knew I was in for a treat. Arja Kajermo has achieved that fine thing, the immediate transplanting of the reader into another world, a world which soon feels familiar but is a lifetime’s distance away. The writing here is elegantly simple, the scenes drawn without adornment and yet with an immense feeling for detail. I was reminded at times of John McGahern’s Memoir, and at other times of Tove Jansson’s Summer Book, but for the most part this is a work which exists within its own fiercely independent frame of reference. This is a short tale, simply and richly told, which feels as though it’s the culmination of a lifetime’s work. An instant classic.’ – Jon McGregor

‘At a time when so much of our literature rushes into apocalyptic and post-apocalyptic doom, Arja Kerjamo’s novel is refreshing and reassuring. Deceptively simple yet with cutting insight and devastating humor, The Iron Age proves that the most surreal dwells in reality, and history is the darkest fairytale.’ – Yiyun Li

This title is available in trade paperback with french flaps and endpapers. B&W illustrations throughout by Susanna Kajermo Törner. Arja will be available to sign copies on launch night.

Preorders will be sent out from Monday 24th. Sales queries to sales@tramppress.com, press queries to Peter O’Connell Media: peter@peteroconnellmedia.com. 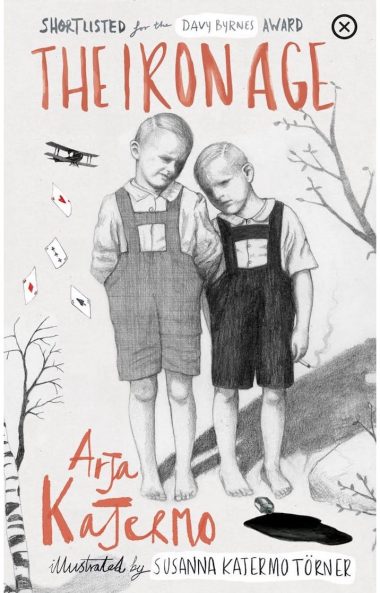